SUPPORT YOUR LOCAL QUEENS PIZZERIA!
125 W. Main St.
This is from their website.....
HERE YE! HERE YE! THE QUEEN HAS MANDATED THAT A REVAMPING OF THE PLACE OCCUR IN ORDER TO MAKE QUEEN'S WORTHY OF ITS ROYAL CUSTOMERS.

DUE TO THE QUEEN'S DECISION TO DO SOME MORE EXCITING CHANGES THAN ORIGINALLY ANTICIPATED, QUEEN'S WILL REOPEN ONTUESDAY, 6/1/2010. YOU WON'T BELIEVE WHAT SHE'S DOING NOW!!! (AFTERALL, THE QUEEN RULES!)

UPON REOPENING, YOU WILL BE AWED AT THE CHANGES. THE GREAT MENU WILL REMAIN THE SAME, BUT, OH SO MANY OTHER CHANGES!!!
THE REAL QUESTION IS.........IS DOWNTOWN MESA READY FOR THIS?!!!

You don't want to miss this event whose popularity is growing. Main Street is closed for this pedestrian friendly party! Four live bands, beer gardens, Main Street lined with motorcycles. People come to check out the bikes or listen to music or they bring their bikes for all to see it is a casual atmosphere and a great way to spend the evening. I realize that “Family friendly” and “Motorcycles” are not usually what you think about when we say a "Sturgis style" event but it's Mesa and believe me it is family friendly! There is a new Center Stage in the middle of the intersection of MacDonald and Main Street that showcases a different bike each month. The selected bike receives a cash prize and is displayed all evening for everyone to enjoy.

Rumor is that the new "Grill on Main" will be open for this event. This restaurant is located at 124 W. Main Street. Hey check it out and get back to us here with your comments- reviews.

The 101 "Gallery" (conspicuously located at 101 West Main Street) is hosting a "Smoking Hot Fashion Show" Local designers will strut their stuff on the runway! You can enter your fashion(s) the evening of the show. Prizes for the best original designs. Free to enter! As always there is live music to enjoy as you have dinner or mill around checking out the Art booths. Know an artist professional, aspiring, or one who enjoys engaging with fellow artist during a street fair send them to 2ndfridaynightout,com to register for the FREE event. Last month we had over 70 registered. Mesa Parks and Recs and the Library departments will be participating- showing off their summer programs for kids.

So while your reading this open up your calendar and schedule the events on first and second Friday of every month- 6-10pm in Downtown Mesa.
Posted by bettermesa at 1:59 PM No comments:

Il Vinaio... you will be pleasantly pleased

Went to Il Vinaio Friday evening for dinner. You really should try it if you haven't been already.
It is an American WIne Bistro serving Traditional American Home-Style Breakfasts and Lunches. Their linens come out in the evening for an elegant yet casual dinners created by their Executive Chef, Patrick Boll. Dinners pair well with a great selection of wines and micro-brews.
Join their e-club for amazing special deals on meals and wine. Monday they have a 40% special on selected wines.
Check out their events page.... and people say there is nothing going in Downtown Mesa... Il Vinaio proves them wrong several times a week.
http://www.ilvinaio.com/index.php
You will not recognize this as the old Humpty Dumpty once you walk inside.
Hey last Friday there was an "after party" once the 2nd Friday event calmed down. It is a great place to keep the evening going once the street settles down.
For the record, the Hemp Ale (see picture to the left) is made with hemp seeds and tastes similar to Newcastle's nutty Brown Ale.
Posted by bettermesa at 7:16 PM 1 comment:

It's an unfortunate moniker, because it implies everything that would drive smart people and their investments away from the city.

Sadly, there was some truth to the name. Mesa was known for waging war with businesses over signs in windows and having a city staff that would find more reasons to say "no" than "yes."

In 2005, community activists began calling this city home of the CAVE people, or Citizens Against Virtually Everything. When Google executives visited later that year to scout a location for a satellite office, Mesa, the Valley's second-largest city, wasn't even on the radar.

It's hard to break a reputation like that, but the city is at least starting to bend it. And that's a good thing.

Voters shocked the Valley in recent years when they approved two projects - the Waveyard water-sports resort and the Gaylord hotel and conference center - that required them to think big and long-term. Then, in a first for the city, voters approved a secondary property tax to finance public safety and street projects.

Mesa threw out land-use maps - a crutch it had long used to say "no" - for Mesa Gateway, opting instead for forward-thinking regulations that put less emphasis on what buildings are used for and more on how they work together. It is now doing the same with its citywide zoning-code update and redevelopment plans downtown.

Yet another indication of Mesa's departure from "wide streets and narrow minds" came last Friday - aptly enough, in the form of a road closure. The city agreed to shut down Main Street for the Independent Music Project Festival, a celebration of independent music from multiple genres.

This is significant, because Mesa has long rebuffed requests to close the busy street for a festival. Have to keep traffic flowing on those wide streets, after all.

But city leaders saw the festival's potential. There were bands playing on multiple stages, classic cars and art on display. And people. Lots of money-spending people.

Merchants stayed open late. Vendors sold wares to the eclectic crowd. Who cares if a few people were inconvenienced on their planned breeze through downtown Mesa?

A bunch more happened on a pretty happening place, and that could convince people to come back again for a special event - or eventually, just because it's Friday night.

It's a new mind-set. Instead of standing in the way of people with good ideas - or at least requiring them to fit a preconceived notion of what's a good idea - city leaders are telling thinkers and dreamers to make their best pitch. If a request makes sense, Mesa is ready and willing to do what it can help.

As a result, the city is saying "why not" a lot more than "why" these days, and that is an incredibly positive step.

Posted by bettermesa at 8:37 PM No comments:

2nd Friday Night Out May 14 Too much fun

Don’t miss 2nd Friday Night Out in historic downtown Mesa from 6:00-10:00 PM May 14th. Each month features a different theme and this month we present "IMP FEST" Independent Music Project Festival...rock 'n rollin on Main! We're closing Main and Macdonald for this one! There will be two stages with 10 live bands featuring punk, rock, alternative, blues, and more. We're giving away an electric guitar plus there will be two beer gardens, a classic car show featuring VW's, train rides, and the streets will be lined with over 60 art booths along the pedestrian friendly porticos! Shops and restaurants open late. The best part is that it's all free! Call Suzanne Woodford at 602-318-5689 for more information.

Posted by bettermesa at 10:13 PM No comments:

This looks like a cool Social Media event in Downtown Mesa later this month. If you’re active in Social Media like we are then plan on attending and tell all your friends on Facebook, twitter, LinkedIn, etc…

What: Facebook party including mini (mini!) studio photo shoots of our guests, food, company, and fun!

Who: All of our friends and colleagues!

What else: $25 door chage to receive a mini-studio photo shoot with KJ and KB, 3 digital FB files to use for your networking sites, and tons of fun!

And what else: For every friend you bring, you get an extra file of the photo of your choice!

Owner Kellie Huntington is hosting a viewing party at 6 p.m. Monday, the same time the episode airs. During the party at her cafe, 21 W. Main St., she will be providing free cookies and appetizers.

"We feel so honored to be featured on this show along with our loyal customers," Huntington said in a statement. "We hope the national spotlight will put our downtown on the map as well as help boost our Main Street businesses."

Sweet Cakes Cafe is one of several spots visited during a cross-country tour of best places for sweets.

Kellie Huntington is a fourth-generation Mesa native who opened her shop with a yogurt bar several years ago. She has since expanded her business with a yogurt bar and sells her popular orange frosted cinnamon rolls at Valley businesses. Visit www.sweetcakescafe.com for information.

Posted by bettermesa at 10:59 AM No comments: 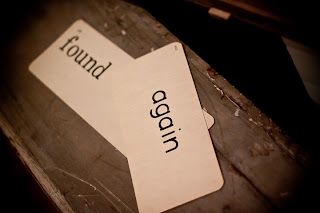 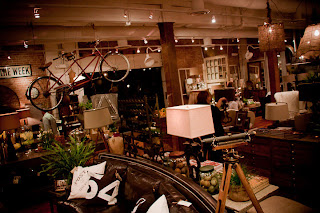 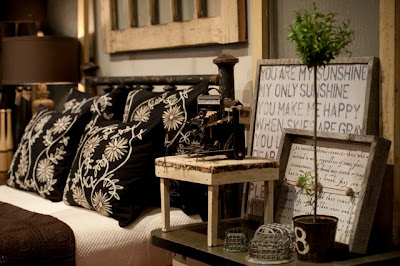 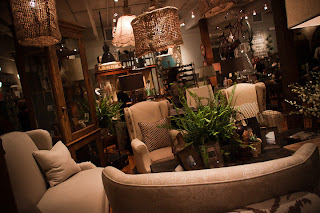 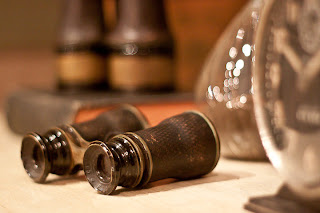 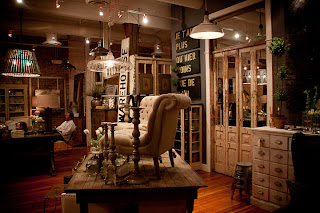 Stop into Domestic Bliss and enter your MOM to win a necklace for Mother's Day!!
Photography by: Allison Tyler Jones Photography, Trevor Dayley Photograph
Posted by bettermesa at 9:49 AM 1 comment: 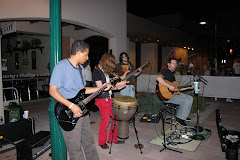